Often times reduced to a simple stereotypical representation of a phase that one may go through during their teen or young adult life, some people fail to realize just how historic and significant Gothic subculture has been through the times. In recent times, we have seen more and more people embrace the factor of uniqueness and retroelements that can make them stand out in a crowd. That is why modern fashion, rather than operating in a singular vein, incorporates multiple styles, borrows elements from various eras, and looks for inspiration in unlikely sources in order to create a resultant style that is truly one of a kind, and an amalgamation of all that has come and taken the world by storm before.

With the development of modern fashion, many retro factors have become vastly popular among the public, including the Gothic style, which has now been integrated into several famous movies, TV shows, and literature. Rather than simply being limited to a fashion sense, it has become a subculture that encompasses style as well as many other factors and elements that extend beyond fashion.

WHERE DID THE GOTHIC STYLE DRESS COME FROM?

The inspiration of modern Gothic fashion comes from the 1980s and 1990s, the Victorian and Elizabethan eras which epitomized the grace and elegance of fashion. It used to be a tradition during this era to celebrate and respect those who have lost their lives by immersing oneself into mourning, a time period that could stretch out to up to 18 months depending on your relationship to the person. As such, these individuals would dress in dark, black clothing equipped with long sleeves, large dresses, mesh and lacework, and ruffled hats and collars. This idea of utter romanticism, reverence, and elegance in the superficiality, as well as the meaning behind the clothing, is what ultimately lead to the popularization of Gothic culture and fashion.

If you were to ask anyone to describe or tell you anything about what they perceive Gothic culture and fashion would be, they would undoubtedly give you an answer that includes at least a few of the following terms: dark, black, eyeliner, leather, corsets, nail polish, lace, and dresses. These factors are, in fact, a few of the major elements that constitute Gothic and Neo-Gothic clothing.

There is a difference between how a goth of the past and a goth of modern times dresses. In the Medieval times, those who chose to dress in a Gothic manner were typically belonging to a higher class in society and thus used their clothing a means to reflect their status and superior position over others. The women’s dresses would be made of materials such as silk and velvet, with extremely long fabric trans that would trail behind them as they walked ahead in unique, pointy, close-toed shoes. At that point in time, the Gothic fashion style was not largely limited to black or dark colors.

In modern times, the definition of Gothic fashion and what it constitutes has somehow changed a bit. The color black, and other, similarly dark colors such as maroon and navy, have become big indicators of Gothic fashion. The use of their materials such as leather, lace, net, mesh, and vinyl has also become popular along with velvet and silk. The clothing is then paired with similar dark makeup and hair in order to reflect the solemnity, yet incredible beauty and grace associated with Gothic era architecture in the past.

WHAT IS THE SECRET BEHIND THE POPULARITY OF GOTHIC CLOTHING?

During the 1990s, more and more industries and fields began to adopt the Goth culture and use it as an element to spark interest and debate, considering just how unique and special this art form was. The use of Gothic elements and fashion is extremely common in music, movies, as well as literature, especially taking into consideration the popularity of the horror genre, the steampunk movement, and the prevalent punk and rock culture.

Let’s take a look at some of the most gorgeous Gothic-style dresses that Lolita girls can use to amp up their wardrobe: 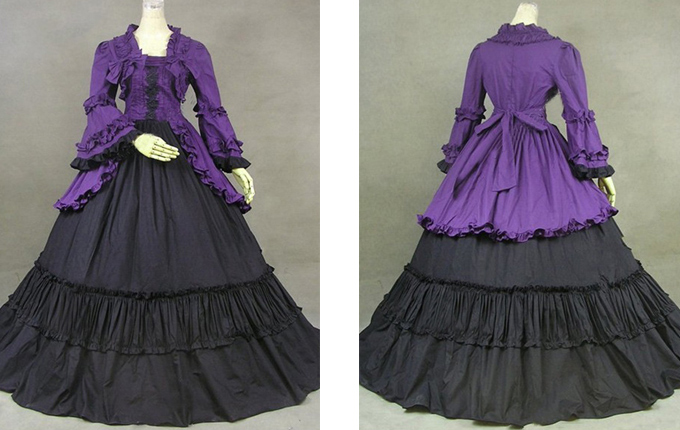 Ultimately, what really attracts people to the Gothic style of dressing is that it allows the individual to shine with grace, elegance, and a gorgeousness that is truly unique and special. This full-sleeved and incredibly elegant gown capture the essence of Gothic fashion with its ruffled fabric, multiple layers, and a combination of a rich purple top with a pure black frock. 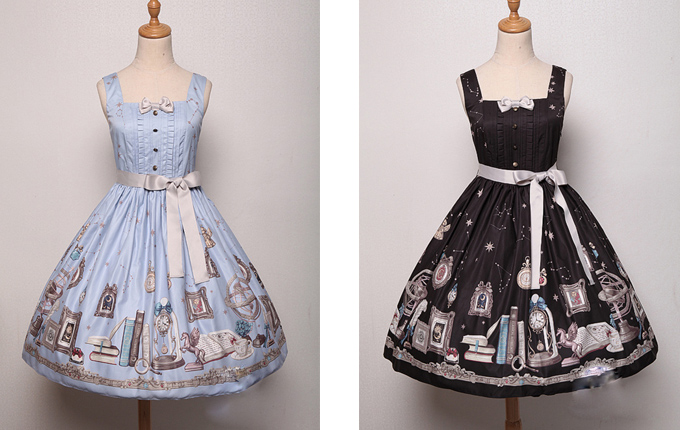 If you are going for more of a cute or sweet look while still embodying the beauty of Victorian-era dresses, then the Astrologer’s Mysterious Dress is the perfect companion. The accentuated sleeves paired with a ribboned waist and a voluminous, knee-length frock is perfect for a play on the lighter side of the Gothic fashion world. 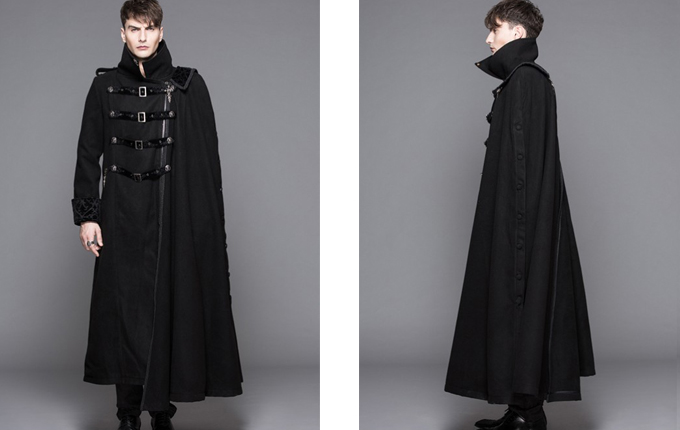 Who says Gothic fashion is only restricted to women? With the Punk Gothic Nobleman Dress, you can experience what it would have truly felt like to be a solemn, fashionable goth in the Victorian era. The jet black shawl drapes over the shoulder to give you a somber look whereas the leather straps stretching across the chest make for a very modern and sophisticated addition. 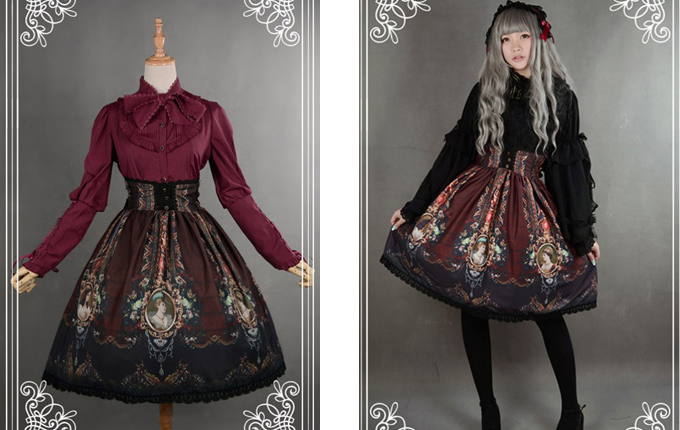 This look puts a modern spin on the corset look that many girls wore during the ancient eras, executing the style in the form of a two print or two fabric skirt dress. The top half is a rich maroon, complete with layered full sleeves and a ruffled collar with a cute bow. The lower half of the dress features a dark pattern, reminiscent of the olden times. 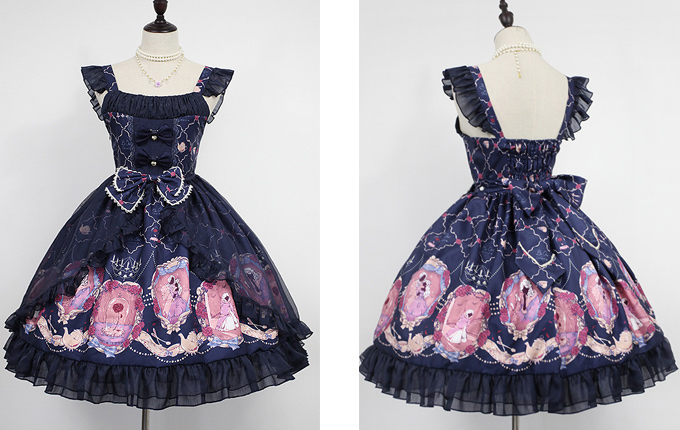 This Unique Beauty Dress combines the solemnity of the dark colors prevalent in Gothic culture with the elegance and cuteness of traditional tales such as Beauty and the Beast, depicting the story in the form of aesthetically pleasing artistic frames decorating the hem of the skirt.