Gothic Lolita (known in Japan as gosurori, “goth-loli”) is a mixture of the Gothic and Lolita fashion. The origins of the Japanese Gothic style can be traced back to the English New Wave Movement during the 1980s: however, the Japanese Gothic scene is fundamentally different from the Gothic subcultures of the west. This Gothic fashion has been adopted into the Lolita fashion through the use of darker makeup, clothing, and themes in the design. Unlike other Lolita Styles, in Gothic Lolita, darker colors are used for makeup. Red lipstick and smoky or neatly defined eyes, created using black eyeliner, are typical styles. The Gothic Lolita makeup is not as heavy or dramatic as the Western Gothic counterparts. Newer makeup styles emphasize lighter colors but still retain the heavy eye makeup.

The Lolita ribbon has a unique charm in Lolita costumes. 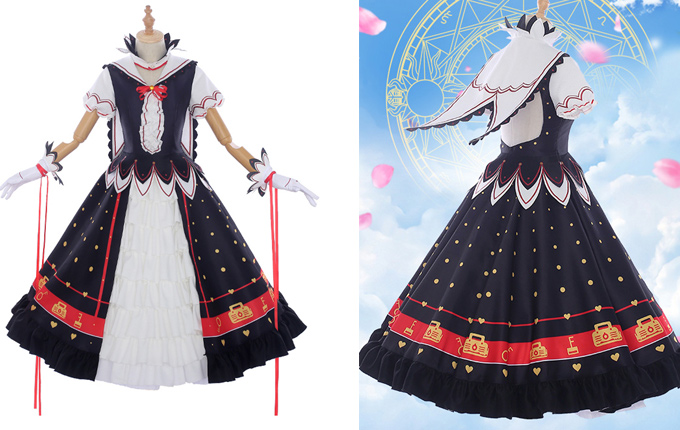 the outfits themselves usually use dark color schemes like black, dark blues and purples; often with accents of white. As with western gothic subculture, cross jewelry and other religious symbols are also used to accessorize the gothic Lolita look. Other accessories, like bags and purses, are often in uncommon shapes like bats, coffins, and crucifixes.

Like many other Lolita fashions, the Japanese visual kei movement was responsible for helping to introduce and popularize the Gothic Lolita style. One artist, in particular, Mana, a Japanese musician, and fashion designer are considered to be the major force behind the popularization of the Gothic Lolita style, though he is not credited with creating it.

Headbands ribbons can be elastic and may not but In many cases, it turns out to be a great accessory to enhance beauty. They lend a chubby effect on the face of the wearer and even give a fairy appearance.  Just extend the headband and twist it according to preference. You can make a number of attractive patterns to bind hair for any occasion. 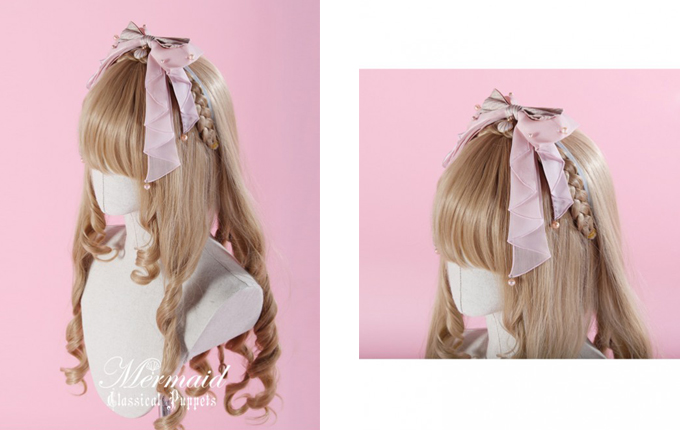 Headband ribbon ties are gentlest on hair. They don’t snag or tug, and they don’t leave a crease in your hair when you take them out. As for how many times they wrap around, you can do three and still have fine hair but a lot of it. You will find three to be perfect to secure the tie without making it uncomfortably tight. If you wanted, you could always wear regular clear elastic underneath and put the hair tie on top.

In addition to all these, a ribbon headband can be extended to a considerable length behind the region of ears, lending beauty to their accessory styling. In many cases, the ends of the ribbons are folded in peculiar manners that add to the strength and appearance of the headband itself. 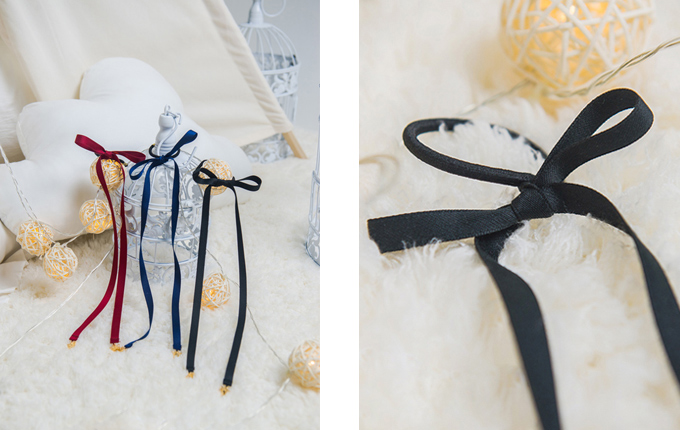 Hair rings are cylindrically shaped hair accessories wound around the hair, designed to hold hair away from the face, or otherwise confine strands of hair. Some of the earliest hair rings were found in Great Britain, France, and Belgium at the end of the Bronze Age. These objects were solid gold or gold-plated clay, bronze, or lead. Ancient Egyptians wore similar rings during the New Kingdom Dynasties 18-20. Examples have been found in Egyptian tombs. Worn in wigs rather than hair, these hair rings were made of alabaster, white glazed pottery, or jasper, and were a sign of social ranking or authority (Antiquity 1997). In North America, hair binders were made of pliable materials such as silk or cotton covering lead wire (Cox 1966). In the twentieth century, the use of rubber and other manufactured elastomeric fibers made hair rings (now called hair bands or ponytail holders) more flexible. They were covered with thread or fibers to make them less likely to break strands of hair.

The shawl is a simple item of clothing, loosely worn over the shoulders, upper body and arms, and sometimes also over the head. It is usually a rectangular or square piece of cloth, which is often folded to make a triangle but can also be triangular in shape. Other shapes include oblong shawls 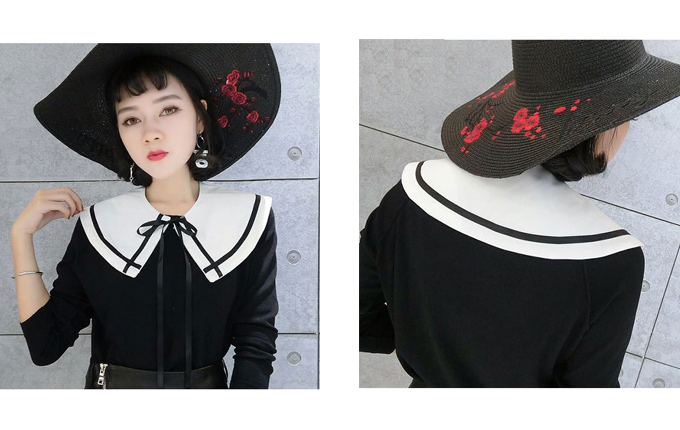 Shawls are used in order to keep warm, to complement a costume, and for symbolic reasons. One famous type of shawl is the tallit, worn by Jew is h men during ceremonies. Today, shawls are worn for added warmth (and fashion) at outdoor or indoor evening affairs, where the temperature is warm enough for men in suits, but not for women in dresses and where a jacket might be inappropriate.

A Classical costume is the clothing worn by a dancer when performing before an audience. A dance costume may be custom designed for use in a specific dance work, or it may have a traditional design, such as those used in some ceremonial and folk dances. Typically, Classical costume is designed to harmonize with the dance and not hinder the movements of the dancer. 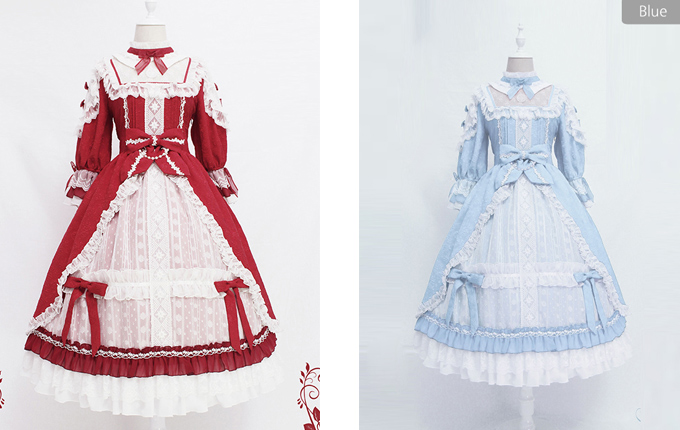 The classical costume is designed to expose or enhance the lines formed by the dancer’s body, or to express the choreographer’s artistic vision, or to engage the audience, or combinations of these. Classical costume portrays or relates to some characteristic, mood, or theme of the dance. It may fit loosely or it may be form-fitting to emphasize the form of the dancer’s body. Costumes are designed in accordance with aesthetic requirements, the anticipated movements of the dancer, and budget. 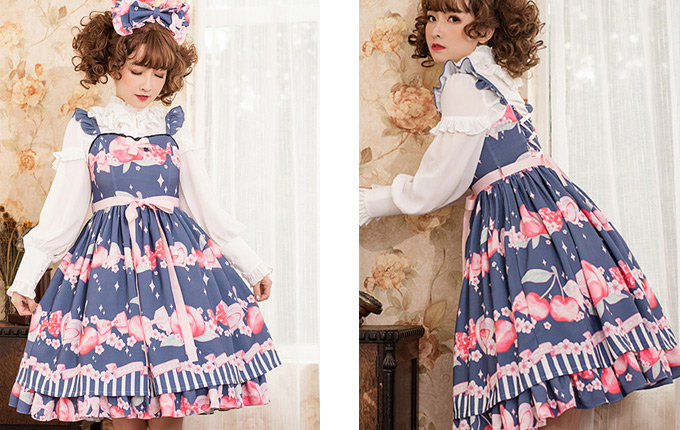